As per the last few years, including the 2018 Budget Law (Law 205/2017) the terms for recalculation (step-up) of the cost of equity investments which were not traded on regulated markets and of building plots held on January 1, 2018 has been re-assessed. 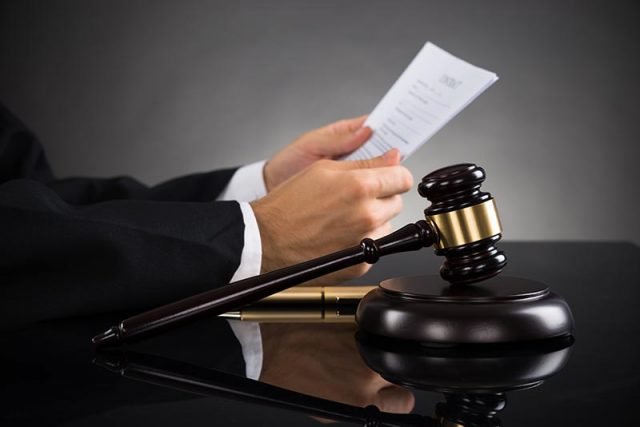 APPLICATION FIELD FOR THE REVALUATION OF COMPANY SHARES AND LAND

The regulation is intended for:

The re-assessment is effected regarding the purposes of capital gains derived from the sale in consideration of, and pursuant to art. 67, letters a) to c-bis) of TUIR,

And carried out by the above, regarding:

held on the first of January 2018, and used outside the company’s regime.

APPLICATION METHODS OF THE REVALUATION OF COMPANY SHARES AND LAND

To have the advantage of the revaluation, it is necessary that the higher value results from a certified sworn appraisal (share revaluation), is prepared and sworn by an expert before June 30, 2018.

The revaluation expert’s report can be drawn up by chartered accountants (dottore commercialista) or auditors (revisore), or by accountants or commercial experts (in the case of revaluation of company shares), as well as by engineers, architects, surveyors, agronomists, agro-technicians, land surveyors or industrial building surveyors (specifically relating to revaluation of land).

Payment of the substitute revaluation tax, equal to 8 per cent of the highest revaluated value resulting from the expert’s report, is due by June 2018 (in the past this percentage was less: 2% / 4%). Alternatively, it is possible to provide a rescheduling of aforementioned taxes into three equal annual instalments, where the first payment must be submitted before the 30th of June 2018.

Interests on the deferred payments due are calculated at 3% annually, to be paid at the time of each instalment.
In the tax return related to 2018 (2019 income Tax Form, filed with reference to the 2018 tax period), it will be necessary to indicate the re-assessed value including the substitute tax, together with an of whether the option for payment by instalment has been granted.

PREVIOUS REVALUATIONS OF THE COMPANY SHARES AND LAND

The possibility of recalculating the purchase cost of investments and land held was introduced by the legislator in 2003 and the terms of which have been repeatedly reopened over the last few years.

In the first instance, it is possible to proceed to a second revaluation, by paying the total substitute tax due, net of what had been paid in the past with reference to the same asset (by deducting the tax already paid in the past related to the revaluation which may have been settled at a lower rate).

On the other hand, in the second instance, it is necessary to distinguish whether it is a share or a land. In the event where a revaluated share is transferred at a price lower than the revaluated amount, the lesser value is not considered as a deductible capital loss for income tax purposes. Instead in the case of land owned, the transferor is obliged to indicate whether he intends to use as a reference the value regarding direct and indirect taxes in the deed of transfer, the revaluated value derived from the previous expert’s report, or the historical cost.

The Revenue Agency, with Circular no. 1/2013, has provided referred explanations, illustrating the different consequences that may derive:

Alternatively, if the conditions are met, the landowner has the right to proceed with a new revaluation at the lower value, before the deadline of the 30th June 2018, without having to pay any tax, but also without the possibility of recovering the higher taxes paid. In doing so, the indirect taxes due at the time of transfer, which would have been calculated on the transfer value, could also affect the reference value for the calculation of the capital gain.

FURTHER CONSIDERATIONS REGARDING THE REVALUATION OF COMPANY SHARES AND LAND

The rule, even if it cannot be considered systematic since it is extended on an annual basis by the budget law, is welcomed each time, as it allows optimization of the tax burden resulting from a series of extraordinary transactions, such as direct transfers and, with particular reference to the revaluation of the company shares, encourages business restructuring and generational transfers.

However, it is important to underline that the performed revaluation does not produce effects related to tax purposes in the event of withdrawal (even indirect). Particularly, it should be noted that in the past the Revenue Agency considered that the capital gain derived from the transfer of the shares to the company itself, should the company proceed with their subsequent cancellation, does not fall under the different income referred to in article 67 Tuir (Income Tax Act) and consequently, the higher revaluated value is not relevant. On the other hand, in the instance where the shares are transferred proportionally to the other shareholders or to a third party identified by the shareholders themselves, provided that the transfer takes place for consideration.

This site uses technical and analytical cookies necessary for its proper functioning and useful for the purposes described in the Cookie Policy. You can consent to the use of all cookies, refuse them all or analytically select which ones to give consent to.

You can revoke or change your consent at any time by clicking on the Manage consent icon at the bottom right of all pages of the Site. For more information, please consult our Information on
Privacy policy and Cookie Policy complete.

This website uses cookies to improve your experience while you navigate through the website. Out of these, the cookies that are categorized as necessary are stored on your browser as they are essential for the working of basic functionalities of the website. We also use third-party cookies that help us analyze and understand how you use this website. These cookies will be stored in your browser only with your consent. You also have the option to opt-out of these cookies. But opting out of some of these cookies may affect your browsing experience.
Functionality cookies
These cookies allow the site to provide advanced functionality and customization. They can be set by us or by third party providers whose services have been added to our pages. If you do not authorize these cookies, some or all of these services may not work properly.
Performance cookies
These cookies allow us to count visits and traffic sources so that we can measure and improve the performance of our site. They help us know which pages are the most and least popular and see how visitors move around the site. All information collected by cookies is aggregated and therefore anonymous. If you do not allow these cookies, we will not know when you visited our site.
Strictly necessary and analytical cookies
These cookies are necessary for the site to function and cannot be deactivated in our systems. They are usually set only in response to the actions you have made that constitute a request for services, such as setting privacy preferences, accessing or filling in forms. You can set your browser to block or have warnings about these cookies, but as a result some parts of the site will not work. This category also includes Google Analytics cookies (for more information see the dedicated paragraph). These cookies do not store any personal information.
Profiling cookies and targeted advertising
Our site uses specific cookies to manage its advertising campaigns and to deliver advertising content on this site based on the interests expressed by users by browsing the internet. Cookies are also released which are used to display advertisements targeted at users who have previously visited this site. These cookies may be set through our site by our advertising partners. They can be used by these companies to build a profile of your interests and show you relevant ads on other sites. They do not store personal information directly, but are based solely on the identification of your browser and internet device.
SAVE & ACCEPT
Powered by